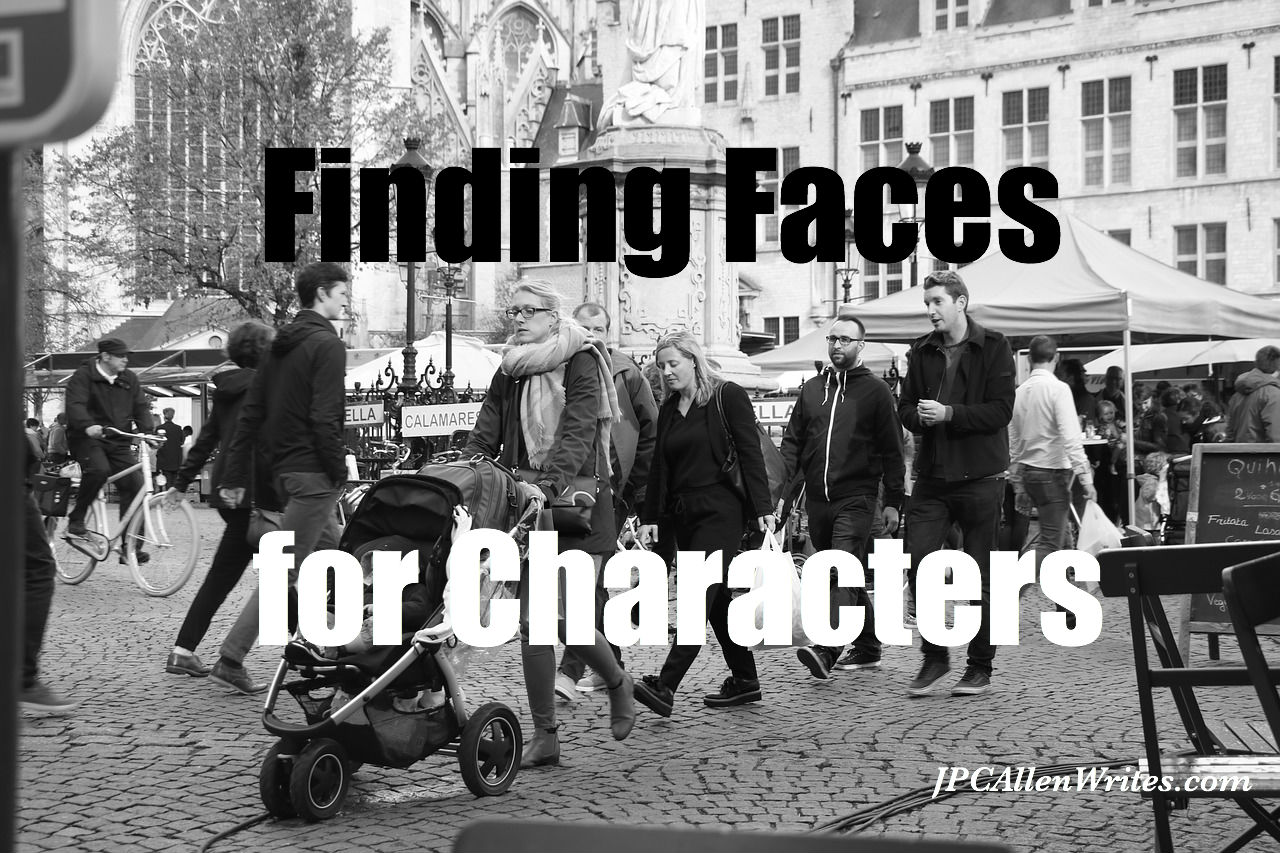 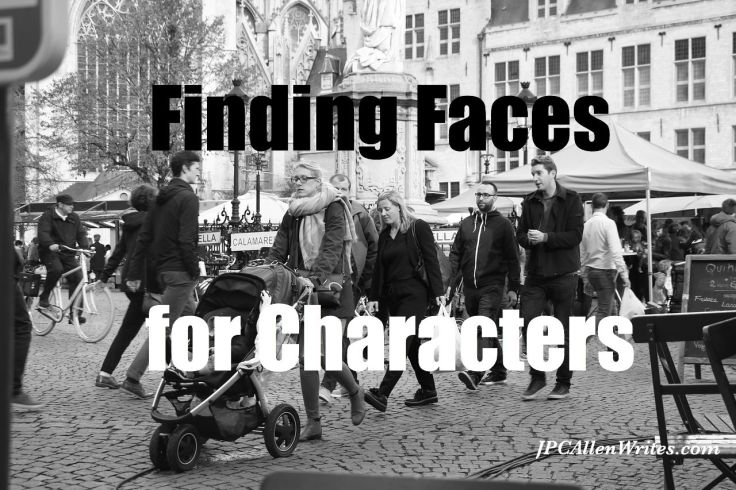 I am a character writer. My main character attracts me because his or her personality and relationships are ones I want to explore through story. But for me to use this characters, I need to see him or here as clearly as my friends and family. And it all starts with the face.

What kinds of faces catch my attention? After decades of looking for them, I can’t answer that question. All sorts of faces pique my interest, not just ones that could get their owners a contract in Hollywood. I just have to make some sort of connection to a face and know I could build a character behind it.

I’ve found faces in some very unlikely places, here are situations where I’ve been inspired.

Sometimes, I will pass a person in a crowd, and his or her face draws my attention. I know nothing about this person, and I don’t think I want to because I want to put my own character behind the face.

At our county fair, my kids and I were walking through the midway when I saw a teenage boy — average height, 16 or 17 years old, golden blond hair, very light-colored eyes, mustache and chin stubble. After taking several opportunities to look but hopefully not stare, I had a minor character who resembled  a female character I had already selected. Now I had her son.

For my short story “A Rose from the Ashes”, I needed a man in his lat thirties, wealthy, devoted father and sole guardian of his three children. As I rummaged my memory for a suitable candidate, I recalled a soccer coach from the league my youngest plays in. I didn’t know the man, had only seen him in passing, or when his team played my youngest’s team.

He stood out from all the other coaches because he was immaculately dressed. Most of the dads who coached wore baggy T-shirts and shorts. This guy wore a navy blue windbreaker and white shorts, no bagging in sight, and his dark hair was sprayed or gelled to perfection. He looked like he’d just left his yacht. I had my wealth dad.

I love looking at portraits, whether paintings or photos. I needed a dark-haired woman, near forty, as a villain. While watching an old Disney movie with my kids, I noticed a portrait on the wall of a set. That portrait kicked off a very successful construction of an evil character. (For those of you who know old Disney movies, it’s the portrait of Aldetha Teach in Blackbeard’s Ghost.)

Where have you found faces for your characters?