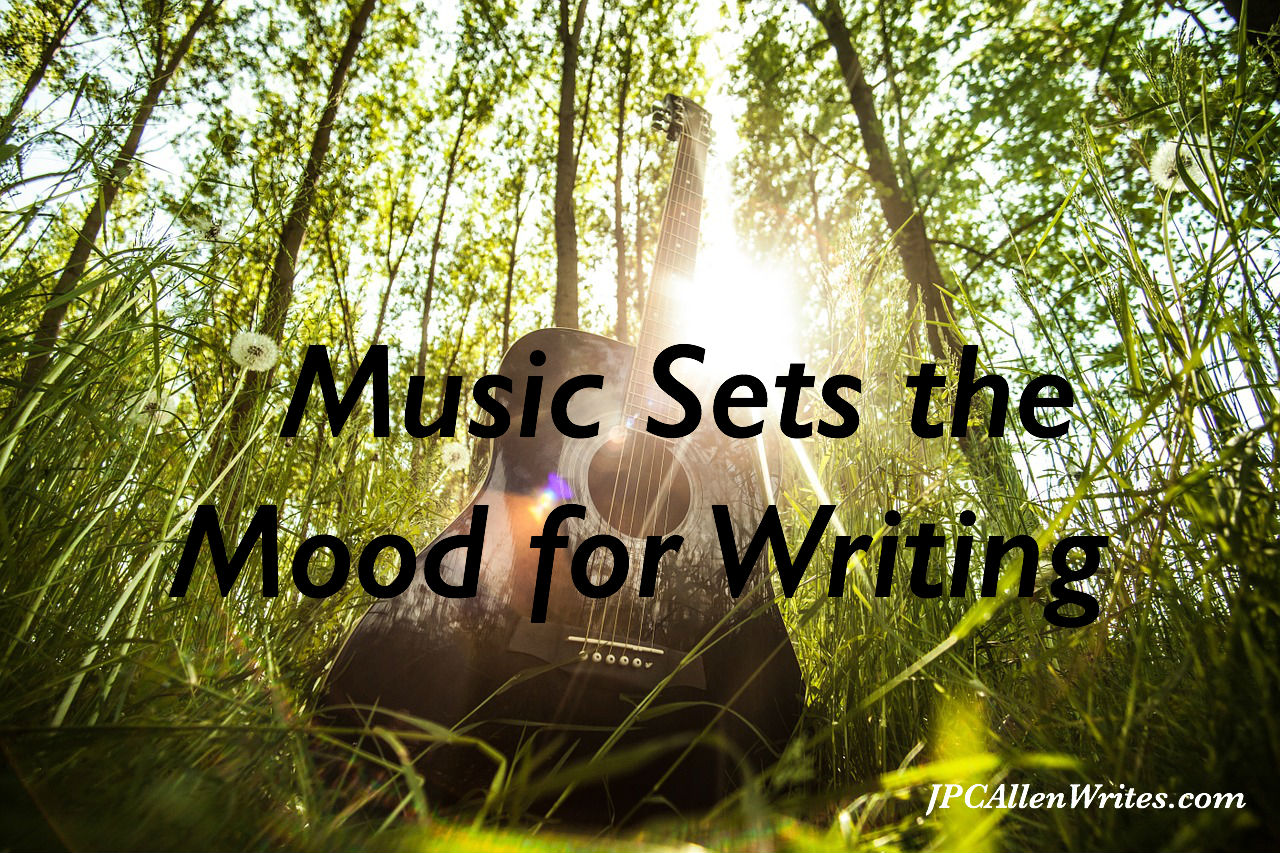 At a conference, author Cara Putnam told us that to get ready to write her stories set during World War II, she would listen to songs that were popular during that period. I have found music sets the mood for writing better than even reading stories that have styles I like. When a musical piece starts, I imagine what storyline would match it, as if I was listening to a soundtrack and had to put images to it.

Celtic music puts me in the frame of mind to write about the Lody family, who live in the mountains of West Virginia. Lone Raven, a band I have seen perform numerous times, has put out several albums of Celtic and world music. When I want to work my imagination with my emotions, I put on their albums. Their music makes me think of homes tucked away in deep woods that stretch across the mountains and the complicated ties of family.

If I want to imagine epic action or confrontations, I turn to pieces like the overtures of Richard Wagner, soundtracks by John Williams and Howard Shore, or The Planets by Gustav Holst. If I want both an epic but nostalgic or bittersweet mood, I listen to works by Aaron Copland.

One of the most important ways music helps my writing is by inspiring plot points. If a passages are especially stirring or sad or upbeat, I imagine how the story would fit with that music and may come up with plot twists I hadn’t considered before.

Music also teaches me about pacing. As I create images to fit the piece, I get ideas of how to deepen the story or speed the narrative along.

Now it’s your turn. How does music set the mood of your writing? What are some songs or tunes you count on for inspiration?