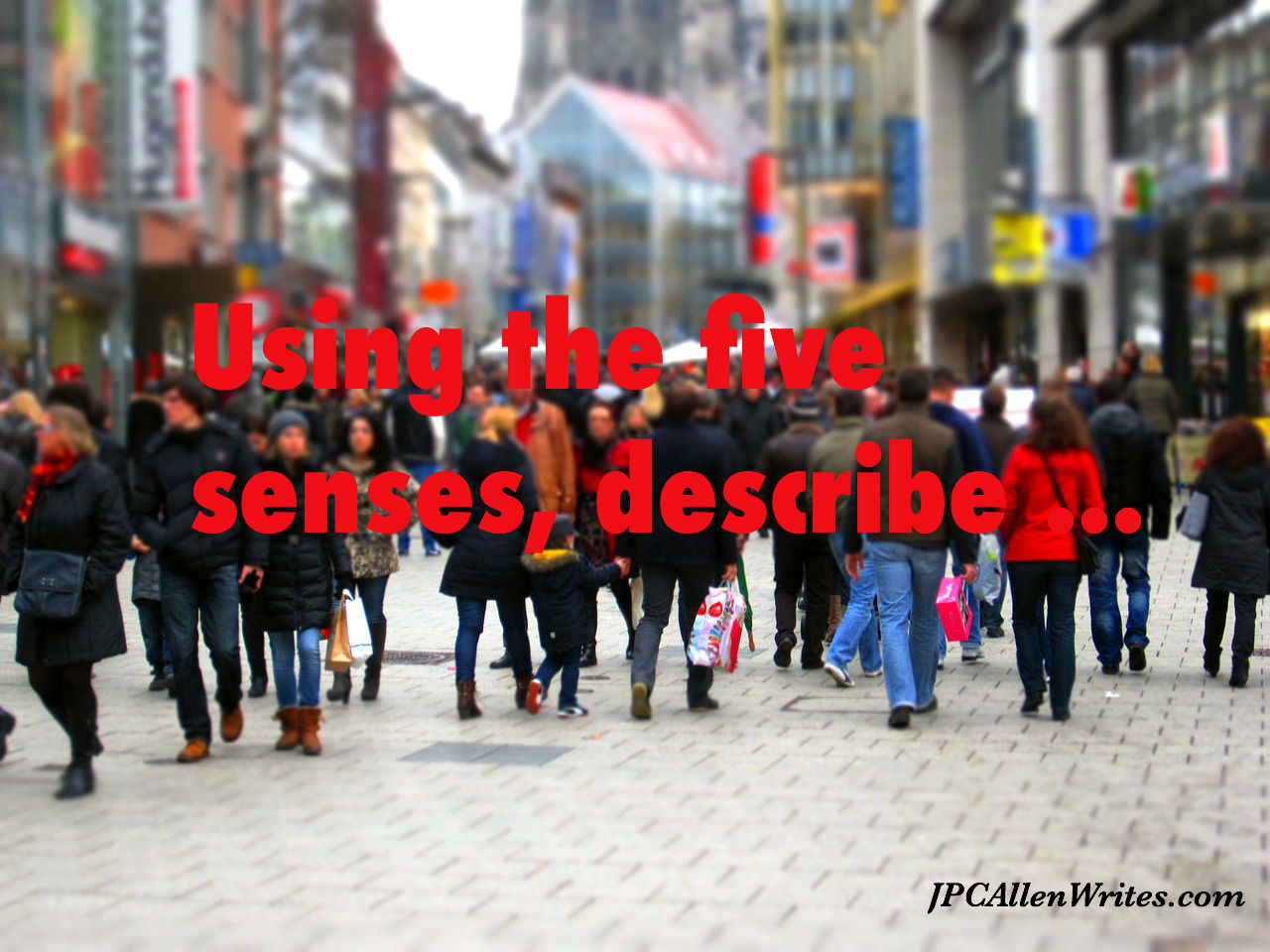 … a crowd of holiday shoppers.

I have to exercise some imagination here because I try to get all my shopping done in November to avoid the crowds of holiday shoppers.

The cozy smells of cinnamon and baking bread wafting from the coffee shops taunt the strained faces and aggressive gestures of the shoppers, who push, stalk, and shove their way to their destinations. The Christmas carols blaring from hidden speakers also sing of a mood absent from the crowd it wraps in its cheery melodies. But, maybe, a few shoppers will escape the press of people, squeeze into a coffee shop, and let the tastes of the season remind them why they are doing what they are doing. Then the carols will feel as sweet as they sound.